Holiday Parks and Camps in Saxmundham

Cliff House was built in the 1830's by a Merchant for use as his own house. During the early 1900's the house was rented and then purchased by the Horsfall family, Jock Horsfall was a famous Aston Martin Racing Driver who stored his fabulous collection of cars in what is now our new bar! During the war Jock was a driver for MI5 and was involved in 'Operation mincemeat' an operation which was turned into a film called 'The Man Who Never Was'. A war time Military move designed to fool the Enemy into thinking we were invading via the Mediterannean. Pictures of Jock and his Aston Martin called the 'Black Car' are in the wall in our Ofiice, the car is still raced in Vintage car races to this day.

During the 1950's Cliff House developed into a members country club and then gradually the Cliff House grounds became a Holiday Park. In February 2000 Cliff House was purchased by the Beeston Group who over the past ten years have reinvested heavily into the Business concentating on its core incomes Lodges, Caravans, Self Catering Camping and Touring resulting in the Park winning East Anglian Holiday Park of the year in 2006. The Investment has continued and we were proud to be open our new bar and restaurant 'The 12 Lost Churches' named after the tragic loss in the early 1150's of 12 Churches to the sea opened during Summer 2010. 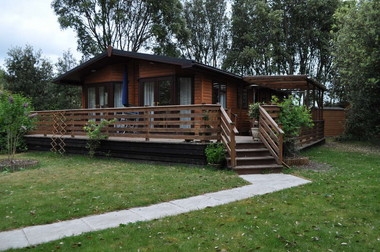 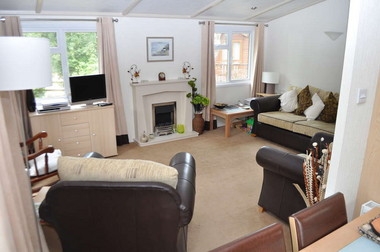 Cliff House Holiday Park at Dunwich, Suffolk specialise in the sale of luxury log cabin style holiday homes. We currently have several new and used lodges on superb pitches for sale, these are available to view now.