Show me directions to City Screen

Arthouse and mainstream cinema in the centre of York. The Riverside Café Bar has beautiful views overlooking the River Ouse, and serves delicious food cooked from fresh on the premises. The Basement Venue hosts live music most nights as well as a Comedy Club and other events.

Arthouse and mainstream Picturehouse cinema in the centre of York. The Riverside Café Bar has beautiful views overlooking the River Ouse, and serves delicious food cooked from fresh on the premises. The Basement hosts live music or comedy shows most nights of the week.

Who the heck is MikeHyms and has he got a personal vendetta against the wonderful City Screen?

The City of York Council food hygiene inspection, 'Scores On The Doors' rates City Screen as 4 out of 5. The comment below is unwarranted and incorrect.

Great location - good movies but awful food and service. Lets look at the evidence - and this is a big plus for public access to information collected by public officials - food hygiene inspection undertake by local authorities like York is public and on the web - search for 'scoresonthedoors'.This place is rated 'poor' for hygiene or 'Some major non-compliance with legal duties. More effort required to prevent a fall in standards.' Overall 2 stars out of 5 - of BigMac gets 5.I have been there and seen people take food back (when they get served) because it is cold or has a hair in it. Glasses are also dirty ...Go to the films - wouldn't eat there...drinks better next door - hope the place gets its act togther.

OK great location etc ....BUT the service and the food side of things has deteriorated. Always slow the service is grinding to a stop and the rather male dominated bar staff have become less interested in customers. Very much take it to leave it attitude - even way they can be persuaded to actually serve anyone. I been trying to get served while people have been taking back food (scrambled egg should be ok but it was cold rubber and even chips were being exchanged). So avoid the food. Prices also getting rather high - given the quality (lack off). Never attempt a cocktail and give careful instructions if you want an acceptable G&T.Lets hope things improve.

I am a huge fan of City Screen, for the cinema itself and for it's all important cafe bar. I'd be the first to admit that the food itself isn't the best and isn't hugely inspiring - although don't get me started on how much I love the chips and garlic mayo! - but it's the atmosphere that I like.I first went to City Screen bar before I even moved to York, a friend trying to entice me away from the big smoke took me there to show me York had a cool and artsy side ... and it worked! For me it's now a haven among the towny bars for a nice glass of wine or a coffee and slice of lovely homemade cake. And while the food (notwithstanding the chips) is just ok, the wine list is really good. My other half and I are often to be found jostling for a table on a Saturday afternoon to enjoy a lovely glass of Reisling (and we haven't found many purveyors of Reisling in York). We also joined City Screen as members (Â£44 a year for joint membership), which as well as numerous free tickety, discount cinema type offers, gives an all important 10% off at the bar!I love the huge glass sides overlooking the river and the terrace itself - although getting a table out there usually involves major territorial warfare! And there is often art displayed on the right-hand wall (where the comfy sofas are). The bar is always bustling at a nice level, full of rather nice lefty middle class people meeting friends or grabbing a bite to eat before catching a film. It is a 'very nice' sort of a place, but that offers you something different from other bars in York, and great people watching opportunities. It's a perfect reading the Observer on a Sunday morning sort of a place! And when we were out and about on a Friday night a few weeks ago, looking for a drink at about 10pm, but not wanting to hurl ourselves into the throng of a 'Friday night', City Screen was the perfect answer - its usual comfortable laid-back leather-sofaed relaxed self waiting to offer us that all important glass of Reisling!

City Screen has gained a reputation in york as being one of the places that local people hang out. There's some good and some not so good music events that go on in the (too small for comfort) downstairs bar area. There's also a handy internet cafe if you need email access in the city! Movie wise there's only 3 screens so things are select. usually of the one blockbuster of the moment, and then some delightful little artsy film that you should view, but never have the inspiration to get out on dvd. Tuesday nights show one of these films at 6pm showing, just in time for deviant post work movie fix. There's been some problems with the kitchens at the screen with food taking an AGE to arrive and then the wrong order etc. Generally its better now there's a new kitchen and more staff. but things can be rather hit and miss. On a good day, the best chips in the city! Large, succulent and served with Aoili! yummy! on an off day, cold, stuck together and soggy. I recommend (on a good day) one of the sharing plates, there's a good combination of homous, anti-pasta, breads and oils to share and enjoy a bottle of sancerre over. Another thing to mention, with the recent menu update, there's also a new wine selection (than goodness)! So gone are the main chain Hardy's et al and instead are some rather nice select chenin blancs, sancerre, pinot noir amongst others. Still at Â£8.90 a glass for the most expensive on the menu one should hope so too! Worth a stay on a sunny day is the terrace, if only to watch the 'yobs' from next door bar revolution and pitcher and piano try and out do one another for stagged and henned parties. Avoid at w/e's if you don't like crowds of families. But all in all a nice mix of culture, nextdoors vultures and film viewing entertainments.

Best place in the summer to view the river and sit on the terrace. Bar limited in scope but food can be OK if slow. Tendency to place awful music on equally dreadful old hi if at levels that can drive people out of the place. Staffing a touch chaotic.Good cinema and worth trip down to the loos to see the old photos of picture places that were once York.Also a cyber cafe (although laptop people can pick up a free wireless connection from the close by Revolution bar that is Ok but tends to be full of hen and other parties intent of a drink and grope). Popular with locals and family friendly.

Leave your review of City Screen 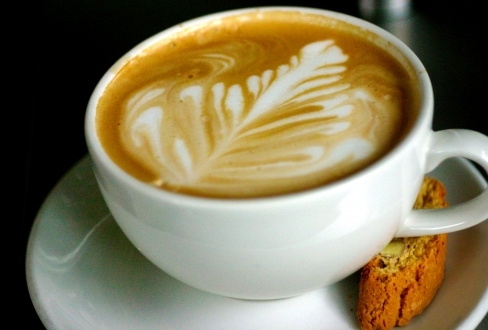 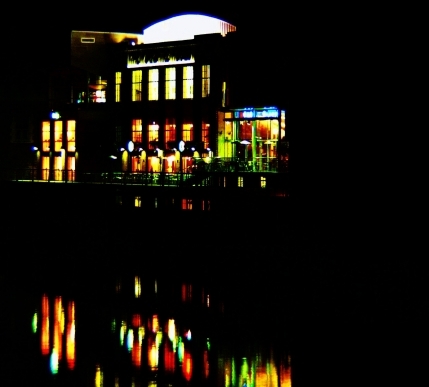 Showing from midnight on 14 December, The Last Jedi will be an epic adventure that challenges heroes old and new and delves deep into the mythology of the Force. City Screen is showing the film in 2D and 3D. The late Carrie Fisher plays a major role, and

Price: This event is free 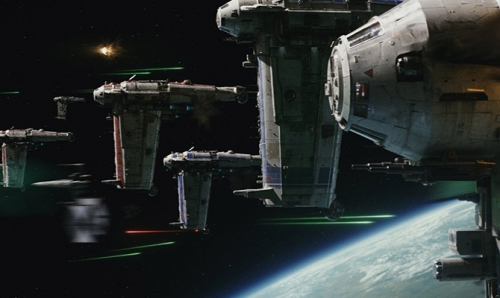