Show me directions to The Funkyfish Club & Bar

The Funkyfish is along Brighton seafraont on Marine Parade, oppsoite the Brighton wheel and Brighton Pier.

The Funkyfish Club, the longest running nightclub in Brighton.

The Funkyfish is the longest running nightclub in the city, where you will hear the best music from the hottest hits from the 70s to the 00s with some ‘now' thrown in. We play Funk, Dance, Disco, Pop, Club Classics...

At the Funkyfish, there is no dress code, no age discrimination, no sex discrimination, no bells, no whistles, just a dance floor, two bars and the best music in Brighton! Open every Friday and Saturday, first timers to our club are instantly hooked on our unique approach and simple, humble club. It is this no nonsense attitude to nights out in Brighton that packs us out every weekend.

Check out our website for Special Events - Comedy Nights... www.funkyfishclub.co.uk

The Funkyfish is opposite to the Brighton wheel along the seafront.

The Funkyfish is along Brighton seafraont on Marine Parade, oppsoite the Brighton wheel and Brighton Pier.

Leave your review of The Funkyfish Club & Bar 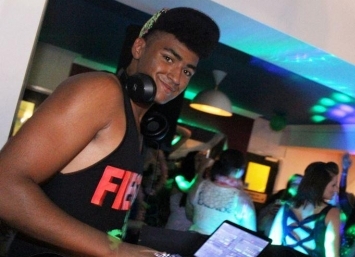 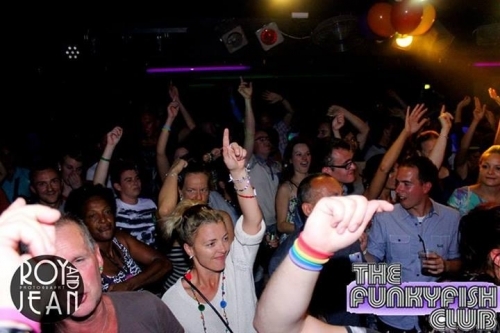