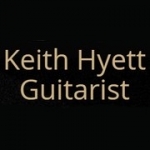 Show me directions to Keith Hyett

"Keith is a classical guitarist who plays in a spanish style more to the point he writes his own material and I defy anyone not to be spell bound by his performances. His technique is close to abuse of guitar strings but the sounds he achieves are amazing." Brian Inglis 'The Note

The guitar music of Keith Hyett will transport you to many places with his varied programme of guitar music. Keith's musical influences are many and varied, from the rock music of his teenage years, to classical favourites by Bach and Beethoven, to flamenco and folk music, all are in there, which means that his music is appreciated by a wide audience.
His pieces will take you for a walk through a forest on a moonlit night, with a clearing where you get a panoramic view of the moon and stars. Another piece which although having a flamenco feel is very much about a view from a tower on the Cotswold edge where you can see many counties on a clear day, as well as seeing the Welsh mountains and the Malvern Hills in the distance. There are many pieces which are like this, one of the best is probably a piece called the Mill, which tells the story of the water going through a water mill, as it starts in a collecting pool and then goes through a channel which leads it to the water wheel, and then takes it to a more tranquil life.

Keith is a guitarist with 15 years of teaching his pupils have included one who has gone on to study music at Cambridge University. He mainly teaches classical guitar, but has also taught basic rock and pop guitar. Lessons start at £12.00 per half hour.

Leave your review of Keith Hyett 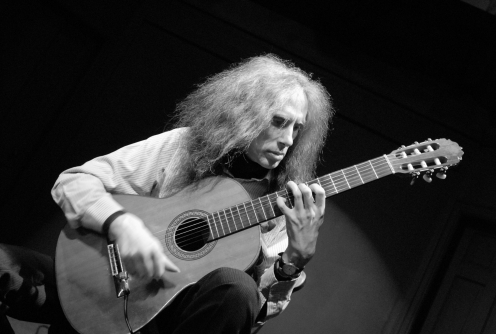