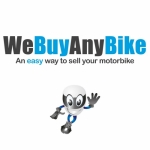 We Buy Any Bike

Show me directions to We Buy Any Bike

As a group of motorcycle enthusiasts who have had a great deal of pleasure from the biking community over the years, we know how to make selling your motorbike easy.

The We Buy Any Bike team often get involved with track days, rallies and motorcycle travel. Everyone here has an area of biking which they really enjoy; we were all bikers before starting work at We Buy Any Bike and have firsthand experience of selling bikes!

We Buy Any Bike are the UK's top bike buyers, with our fleet of vans collecting from all over England every day of the week. We now have over sixteen years experience in the motorcycle industry and offer a professional service to all our customers. If you're thinking, who will buy my motorcycle?.. we will, regardless of your bike's age, condition or value.

Where can I value my bike? Try We Buy Any Bike, it takes under a minute to do and all you need is your registration. If you'd like to sell a bike online, we'd like to help! We offer riders an easy way for them to sell bikes, we buy used motorbikes without any hassle.


How We Buy Any Bike Works

If you want to sell your motorcycle, you've come to the right place! We Buy Any Bike make selling your bike quick and easy.

Simply fill in your motorbike details in the boxes provided. We will then give you a free online motorcycle valuation. If you accept the offer, we will contact you to arrange collection and pay for your motorbike quickly. It's that simple to sell a bike online with us!

Where shall I sell my motorbike?

We are a business for bikers run by bikers, and we know the pitfalls of selling a motorcycle. What we do:

Tyre kickers.
Advertising charges.
Bouncing cheques and false payment details.
Hagglers or time wasters.
Security experts on the wrong side of the law checking out your garage.
Test riders with no insurance.
Canvassers
If you are looking to eBay your motorcycle or use Autotrader, why not first get a quote from us? It can take less than a minute to sell your motorcycle! We Buy Any Bike are the largest bike traders and best motorcycle buyers in the UK, so try us today.

We pay the most and collect the quickest!

Leave your review of We Buy Any Bike 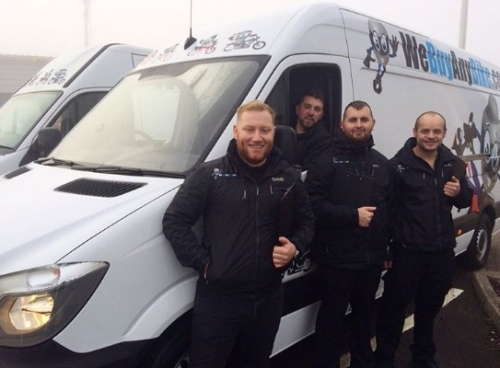 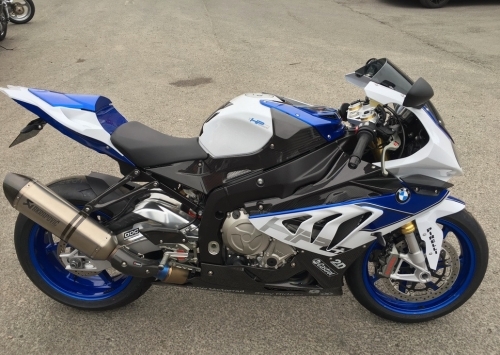 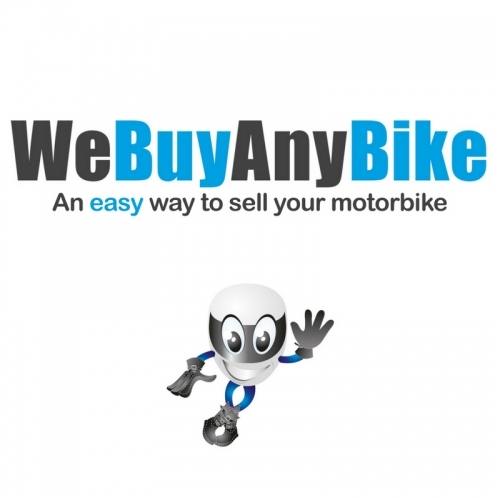 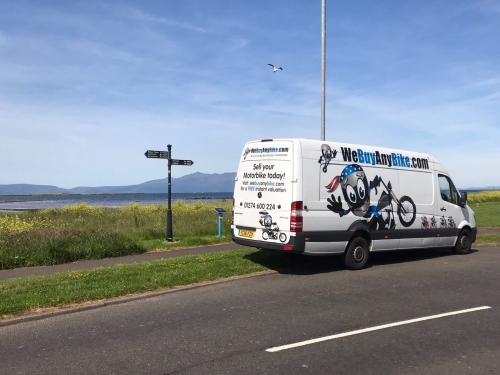 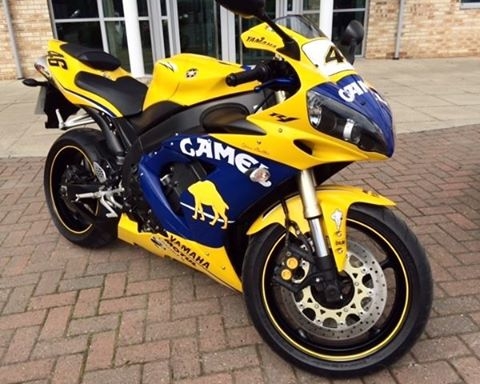 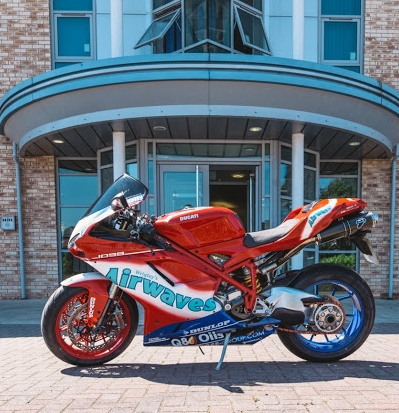 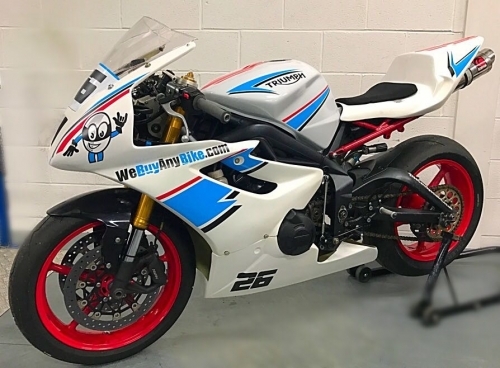 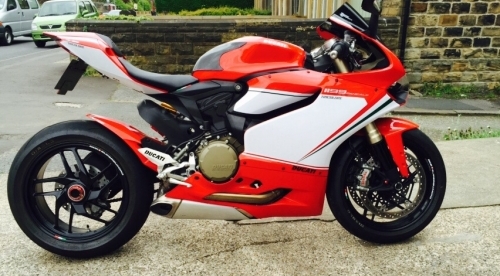 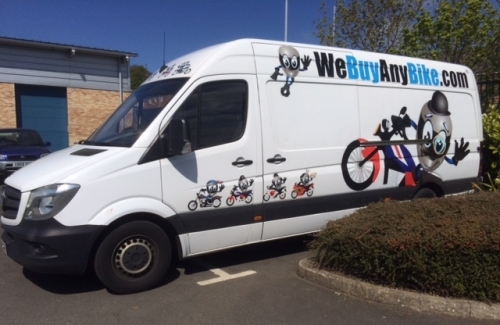 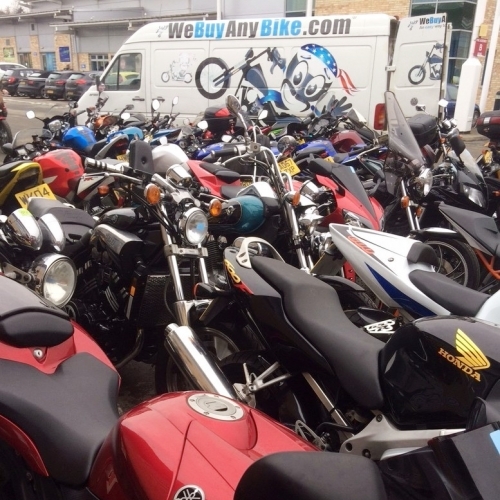 Just had my bike picked up by Phil. Sorry to see it go, but I can not fault the whole process. The quote process was easy, communications were good. Yes, the price was lower than what I could get private sale, but: a) the market is slowing heading into winter b) I didn't have to deal with tyre kickers, test pilots or unreasonably low offers c) these guys are running a business, not a charity - if you're happy with the price for the service provided then don't hesitate to use these guys. I contacted my local dealer to see if they would be interested and a week on I haven't heard back. I know who I'd rather deal with in the future! Phil rang the night before to arrange a time and arrived in time so I wasn't waiting around. He was a top bloke who was clear, professional and friendly - Checked the bike over, ran it to check it works and then gave the full quoted price instantly to my bank. Don't make the mistake of thinking these guys run the same business model as their car buying counterparts - they are similar only in name. If the bike is what you say it is, they will pay what they said they would.

The original offer I received was a bit too low for me but they called me and came back with a fair price (I understand they need to make a profit). It got rid of all of the stress of selling privately - they called me, arranged pickup at a time to suit me (6am!!) and the funds were in my account before they left. Perfect service. Ben the delivery driver was a great guy and made the process as quick and easy as possible. I would recommend using these guys - it&rsquo;s totally hassle free.

Made the decision to sell my bike with these guys and very happy with the whole process. Ben the guy who picked my bike on was spot on and extremely helpful from the first telephone call notifying me of a collection time to with the way he handled the transaction when collecting and loading my bike and is a real credit to the company.

i have just sold my beloved bike due to health reasons, tony and david the driver were very professional, did all the checks and paperwork, money in my account quicker than you can blink! thank you both for making a very hard decision a bit easier. and the banter we had with david was great, he knows his stuff and is a credit to we buy any bike. would I recommend the company.....IN A HEARTBEAT!

Initial quote from the website was significantly lower than expected but straight away I received a message to say it had been undervalued by the site. The revised quote was as I would expect for selling my bike so quickly. Absolutely no hassle with good communication throughout. The driver collecting the bike was right on time and called to advise. I'd use them again under the same circumstances. No delays and good service.

Excellent service and a smooth transaction. Just sold my beloved bike to webuyanybike.com. and it&rsquo;s gone like clockwork. They were pleasant to deal with on the phone beforehand, agreed the price before arrival at the appointment. Aaron arrived at the agreed time, inspected the bike and there was no quibble on the price and no attempt to barter me down. They settled my PCP on the spot and provided confirmation of the bank transfer and put cash in my hand for the surplus. Fast, efficient, courteous, pleasant and did exactly what they said they would from start to finish. Very impressed and would recommend them without hesitation. Thanks guys.

I called WBAB.com on spec as I wanted to sell my Triumph America. They were very polite and helpful on the phone and offered a fair price. I gave them a date when I was to be home and they arranged collection. Dave called the night before and gave a time, he arrived promptly, inspected the machine and documentation as i would expect. Made a call to his office, the money was instantly into my bank and the deal was done! It has to be the BEST way ever to sell a motorbike with the VERY BEST company with polite and knowledgeable staff. Thank you WBAB.com Got room for my project now! :-)

I entered my bike details on the webuyanybike.com website as an easy way to sell one of my bikes as I had tried other sites like autotrader to no great effect and within 2 days I had been called to arrange a time for them to collect my bike and sure enough they turned up on time the transaction was so easy and within minutes the money was in my account I can&rsquo;t thank these guys enough for there professional and speedy service keep up the good work guys many thanks rob

Great Service - speedy money transfer. Does what it says on the tin. Great communications with Craig after putting in initial details - quote was low but on review was re-quoted to price I was happy to accept. Good communication and exchanged bank account details so that wire transfer could be set up - given all this Cyber crime was a little cautious but other feedback was good on this. Agreed date for collection when I was available and that the driver would be in touch day before to confirm. As promised Ben contacted me and gave me collection time and also on route to say would be there in 25 minutes - Arrived spot on time. Simple process if your bike is what you say it is... mine was a 2009 Hyabusa that had become a garage ornament - had from new was in excellent condition and FSH validated with local Suzuki dealer. Key point for me was money transfer was completed in seconds of Ben confirming bike details. Any reticence of overall process you have can be dispelled - good people to deal with - Thanks WBAB

They were easy to coordinate with and lovely people.. I spoke to Craig in the office, right from the first call he was helpful and talked me through the process. The website gave me a quote which was about what I was expecting, Craig then called to confirm price was ok and organise collection. From then Ian came for the bike, had a quick coffee with him and he was off again, really nice chap. All in all, I was pleased and would let me friends about them. Thanks guys.

I contacted three or four 'third party' Motorcycle Purchasers and 'We Buy Any Bike' were first to get back to me and I was initially pleased with the offer they made on my bike having already done my own research on it's value. I arranged for We Buy Any Bike to come and collect, but even as their driver was on his way to me, I received an offer of £550.00 more by email from one of the other companies. - I'm sure that We Buy Any Bike won't thank for me for publicising this, but it shows how fair they are in that they matched the offer with no quibbles whatsoever. In my particular case, they went above and beyond the promises on their website and I would have no hesitation in recommending We Buy Any Bike.

The offer was made instantly over the internet and followed up by a brief call. They came to collect the bike within 3 days and electronically transferred the funds before taking the bike. The price offered for the bike is probably slightly below the value you would expect to get as a part/ex. This is not unreasonable as they cannot offset the offer price against a new purchase like a dealer would. Very good service, very professional, hassle free.