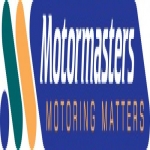 Show me directions to Motormasters

Wouldn't you like to deal with a garage where you know the mechanics by name, where everything is explained clearly in detail, where the very best Bosch equipment is used to service and repair your car, where you're aware of exactly what you're paying for and why, where the garage is as neat and tidy as the work itself, where customers come through word of mouth and where if you're happy, we're even happier? Welcome to Motormasters. We have been trading for over 30 years, and in that time have built a reputation as an honest and friendly garage. One thing our customers can always rely upon is that we will always do everything we can to get you back on the road as quickly as possible.

I am reviewing Motormasters in Bookham industrial estate, opposite Bookham train station. I have been most disappointed with this mechanic. Paul seems to be a very nice person, I even gave him a bottle of sherry for Christmas, but the facts speak very clearly and the estimate pictured below, doesn&rsquo;t leave much room for misunderstandings. My camper van was towed here and they kept it for two months. I understand that it was over Christmas and I understand that most of that time was spent waiting for parts. Nevertheless the 1st day it wasn&rsquo;t even looked at. The 2nd day they didn&rsquo;t even open the bonnet. The 3rd day nothing happened. The 4th day God knows. The 5th day they looked at it, but by now you can guess the trend. I asked Paul to get the cheapest parts he could find and I later learned that he bought just about the most expensive fuel pressure sensor he could find: &pound;300! I found them in five minutes for all sorts of prices online, starting at &pound;50 on eBay. I couldn&rsquo;t find one for &pound;300. It looks like they add 30% on top of the price of parts. This alone was extremely disappointing, I felt completely ignored. Since he later found out the problem to be with the ECU, I suggested to Paul that maybe the fuel pressure sensor could&rsquo;ve been fine and that maybe I could&rsquo;ve saved those &pound;300 after all. He said it wasn&rsquo;t the case. I will never know the truth and I will always remain with the doubt, because the faulty sensor vanished&hellip; I asked for it and I couldn&rsquo;t have it back. Was it really faulty? Who knows. I have never heard of a mechanic that gets rid of the old/faulty parts before the customer is gone. In the end I was charge &pound;656.46 to diagnose the issue with the ECU and to repair the fuel pressure sensor. I dealt with the ECU myself, as this proved to be much more economical than to let them do it. I had contacted the very same ECU specialist that they deal with and apparently to have an ECU &ldquo;REPAIRED&rdquo; they charged about &pound;80, but Motormasters estimated that for me at &pound;400/450. My ECU couldn&rsquo;t be repaired, so this specialist offered me a used one and including all the reprogramming, it cost me &pound;364. I cannot even begin to imagine how much Motormasters would&rsquo;ve charged me for this. Let&rsquo;s move on. I asked Paul to do an MOT, as by now the van&rsquo;s MOT had expired and I couldn&rsquo;t move it without one. I was shocked in the number of things he found wrong with it, but being an old vehicle, let&rsquo;s ignore this. I was later told by another mechanic, that he didn&rsquo;t have to include all the things he included, he told me quite plainly that &ldquo;he took the piss&rdquo;. Not my words. Paul made me an estimate to fix all the things that needed to be fixed in order to pass the MOT and the bill was &pound;2054.08! All I had to do to understand what was going on, was to look at the very first item on the estimate: replace brake light bulb... &pound;37 + VAT + the lightbulb. I may not understand mechanics, but I&rsquo;m not stupid! I changed it myself in about 30 seconds and they wanted to charge me half an hour labour to do the same thing? That&rsquo;s when I understood exactly what was going on. To make a long story short, I paid another mechanic to have a look at my van and the estimate suddenly dropped to &pound;900. Still I wasn&rsquo;t convinced, so I paid a third mechanic to look at it (the one who eventually got the job) and he charged me &pound;550, including all the parts needed AND a new MOT. As for magic I have saved about &pound;1500. What a nightmare!

Leave your review of Motormasters 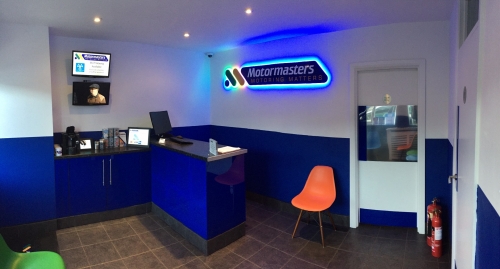