Looking for a professional service to have drawings done for a routine rear extension for planning permission I got in touch with Studio Charrette. Grant Ward - a Director of the company, made with a fast-talking sales pitch, promising it would be a quick job that they were experts in getting the desired result for. Despite their website indicating a complimentary evaluation, I learned this was only really for an intro discussion. A planning appraisal itself would be &pound;69 + VAT, which I was happy to pay as I wanted to move quickly on my project. That appraisal amounted to me taking a lot of photos and detailing the job and sending them over to the company. No physical survey was conducted, but I was assured that the experts knew what they were doing and that yes, our job was simple and would be handled with haste. After a kick off call with one of the consultants and agreeing to use their services, asking for architectural drawings for our extension, I was immediately billed for half of the work. I asked to be on the call with the architect so I could explain certain things we were after. I never heard about the call despite asking for information on it several times. After that, radio silence for weeks. Despite emailing my consultant and then calling the company, still nothing. I sent an email to one of the other directors. Nothing. I started getting worried that I had been had. So I started looking into the company. Studio Charrette state their physical address as being in The Clubhouse in Mayfair, but a call to that building told me they hadn't been there for about two years. Calling their landline put me through to various phone operators who confirmed they worked from home and had never been to a physical office space. After more unanswered calls and emails, I told one of the operators that if Grant Ward didn't call me I would be reporting the company for fraudulent activity. I finally received a call quickly after this. Grant again made with the fast talking, assuring me the business was legit and above board. I explained that I was ready to report his company for fraud and that if I didn't receive my drawings I would require a full refund. He assured me this would be taken care of and assigned my project to another consultant. One week later with no progress, I again inquired what was going on. I was informed that the new staff member didn't work out but more were starting, and that if I knew someone who could do my drawings for me they would reduce their fee by &pound;650! The very next day I received an email with the drawings via the original case manager. They were wrong on many points, to the degree that I amended them myself and sent them back to the architect to finalise them. A week or so later they were finally submitted to the council. This was now more than two months since the original kick off call (I had been told the entire process including the planning decision would only take about 6 weeks). At this point, the council were so inundated with people wanting to do extensions, they had a huge backlog. I had asked Studio Charrette several times for an update from the council but was always told they couldn't get in touch with them. I took matters into my own hands and found out who the case manager was, called the council and was given their email address. After emailing them, they replied in under an hour, saying due to their case load they had new case managers taking on my project in the coming weeks, CCing them on the email. Once they had started I emailed them to enquire about my project. They told me that the drawings were not done to a suitable level and that the measurements were way off and that they were going to refuse to grant planning permission on this basis. They were very helpful and told me what needed to be done. Not trusting Studio Charrette any more, I worked with the council case manager and amended the drawings myself, finally being approved for our extension. I again got in touch with Studio Charrette telling them what had happened and how appalled I was with their service. I received a call from a different Director of the company, who agreed with me that the service had been terrible. I indicated I wanted a refund for their abysmal service. Grant Ward called me the next day, repeatedly trying to talk over me and defend what he thought was acceptable service on the part of his company. Upon telling him that the original drawings were not accepted by the council and weren't up to scratch, he said he couldn't comment on that because he wasn't an architect! I told him the council was going to refuse planning permission and I had to amend them myself to get the job done. He said you may be right, you may be wrong, but he wasn't responsible for the drawings. Possibly the worst customer experience I've ever had. Don't give them your money!

My Experience with studio charrette &ndash; Jaspal Singh To start with I would like to state that writing a bad review /feedback isn&rsquo;t my natural thing however so that no one else goes through what I did, on this occasion its important I do leave feedback. Initially I was contacted by Studio Charrette Jaspal for a self-employed commission only role. He stated he has trailed a system which 100% works and in only 3 months after signing on 20 companies he has received 10 k in his account. Sounded very confident and used fancy wording in his not so clear communication. The self-employed role requires you to sign up companies interested in referring their clients to Studio Charrette for planning and design. So first you have to ring companies using online sources to sign up and then ring the signed-up companies to check for work referrals. I&rsquo;m completely at home in these roles and within 5 weeks I signed up 100 companies (5* what Jaspal did) all interested to refer clients to us. I also accumulated 560 prospect customers. The first time I felt uncomfortable with Jaspal when I raised a concern stating convid-19 may affect the number of client being referred as business are closed, to which, he instantly replied it doesn&rsquo;t affect us at all and that studio charrette are working up and down the uk on projects. Not Knowing how to react to that I just excepted what he said thinking he sounds so confident he must know something I don&rsquo;t know. The second time I felt uncomfortable was when I was asked to recruit train and manage a team. I thanked him for the offer but stated I was not interested as it too early and that I was happy signing companies and chasing work. I also stated I want to see a return in my physical work investment before I take on any other role. I was asked several times but quiet rightly I declined as I was only 2 weeks into this self-employed role. After this Jaspal tune changed and was far less engaging, which didn&rsquo;t bother me as I don&rsquo;t really need any assistance, help support, direction when I working as I have heaps of experience. Up until this stage 4 weeks into this role/campaign, for the first time he stated I must add all my sign ups on their system to which I immediately stated I am uncomfortable adding on all my sign ups (83) as, if I leave or if something goes wrong between us I would be left with nothing whereas Jaspal would still have all my sign ups for free. He tried to overcome this argument with petty replies like &ldquo; how do I know you have signed up that many(I offerred a facetime session for him to check). I stated in agreement with the commission structure when I refer clients for work and generate contact fees I will refer number of leads accordingly. This is what was in the agreement between us and what Nigel(a manager who left for whatever unknown reason) stated. After I signed a hundred companies, I decided not to work on new business, rather contact all signed up clients for work so I can get paid for some of the sign ups, this is when he starting doing all sorts of bazaar things thinking it&rsquo;s causing me stress. Little did he know I could see right through him. Anyway, in the 7th week after chasing customers for work, even though all customers were happy to refer a lot stated they will refer when covid 19 disappears and things get back to normal as work is very quiet. I was very confident all signups were eager to use Studio Charrette services and could very well understand them. However I did get one referral requiring a structural engineer which I heard nothing back from Jaspal. Instead he got grant to reiterate that I need to put all my sign ups on their system which I again explained I am only getting commission for the number of sign ups and project fee emerged. See below No of signed up business BDM Commission project fee 1 20 businesses--------- &pound;750 &pound;1500.00 2 30 Business----------- &pound;1000 &pound;1500.00 3 40 business &pound;1500.00 &pound;2000.00 4 50 business &pound;2000.00 &pound;2500.00 So why would any self-employed person on commission just add all 106 total sign up on for nothing. They failed to understand something so simple. Now I have done 7 weeks of hard solid sign ups and am very close to getting my referals. He emailed me back a 7word email stating my contract has terminated. I mean complete disregard to what impact it will have on me. 7 weeks of hard work dedicaton and in return 7 words, it&rsquo;s a disgrace to humanity. I just can&rsquo;t understand how someone can do this to someone else. Its against the contract, morality and completely insane. I mean 7 weeks of hard dedication, annihilated 20 signups Jaspal did. I did nothing less than extraordinary in regards to my work. I will and have always questioned things I not in agreement with for logical reasons and do speak up for my self unlike maybe others he has worked with (if he has worked-no people skills). I have reported him to Acas emailing them a copy of his contract and will be contacting Trading Standards and Watchdog. I mean what cheek, does he think he can get away with it. He is cunning and a game player so please please be careful and don&rsquo;t waste your precious time. Luckily i am in the process of partnering with a team of architects and a structural engineer so I can refer work for my sign ups to them for a 17 % of the contract fee. Anyone reading this, tread very carefully, cautiously as he is only concerned about himself and no one else. I believe he doesn&rsquo;t give a c**p about studio charrette either. This has got to be the worst leadership self-employed, commission-based role I have ever and will witness. Good riddance Jaspal Majid khan Director Global Sales Executives majid.khan@globalsalesexecutives.co.uk 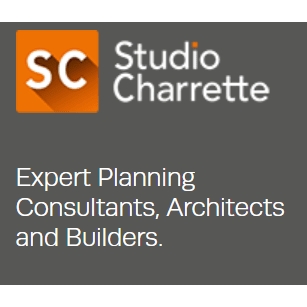 Our planning experience ranges from large mixed-use developments to regeneration projects, from private apartments to affordable houses, from conversions to extensions. We offer you a full service from dealing with pre-planning schemes to planning applica