Show me directions to Foley Court

FOLEY COURT are hair loss professionals providing a range of treatments and products for men and women.

We understand how important it is to provide treatments for those who have suffered the trauma of hair loss. Our modern studios â€“ staffed by professional consultants and stylists â€“ offer a high level of expertise in privacy and comfort

Foley Court provides custom hair loss solutions for treatment in both men and women. Our clinic&#8217;s restoration techniques are of world class quality.

I have undergone Laser Hair Restoration with Foley Court Clinic (LLLT) over the past 11 months, and what a nightmare !! I was in the early stages of hair thinning, and sought advice to locate the problem.. I was told I had common male pattern baldness and the Laser (LLLT) was the best way forward to regain my lost hair line. I was told within an 8 month period, I would gain the majority of my lost hair, along with thickening the existing hair gaining a healthy scalp. From then on I would only continue to gain hair. I was told to attend once a week for 30 minute appointments and the main consultant would see me once a month / 2 months to see my progress. Reaching 6 months I'd be given certain shampoo's / scalp treatments / night balms to help the hair along. I paid the lump sum and signed the contract based on the consultant assuring me he could get my thick strong hair line back with no problems, as he stated he "deals with this day in day out" also adding he works for the NHS, helping major cases a lot worse than mine gaining amazing results!! I attended the clinic which I may add is poorly organised, twice a week for the first 6 months on the hope it would increase the hair recovery time, seeing no results in this time whatsoever, except thinning more.. However I was told this was a common side effect when going under the laser and when that hair returns it would be thicker/stronger... I pursued with the laser for 6-9 months going once every week, sometimes once every two weeks due to commitments and the fact getting an appointment with the clinic proved difficult. After 9 months I was so worried, I contacted the consultant who agreed to see me. At this point he conjured up the idea I itched my scalp at night which could be the reason I was not growing hair.. And to download an app on my mobile to listen out for noises during the night, pointing to me itching my head in my sleep... Interestingly, after two weeks of using the sleep iPhone app every night, I heard nothing.. Not a peep.. (Apparently I had an aggravated scalp, to which no one else could see / understand). I let the consultant know, expressed my concern however he stressed I needed to be more patient and that the procedure was working 100%.. Again, putting my mind at ease. I sit here at 11 months with no new hair, I've lost a considerable and noticeable amount of hair since I first started the laser, with no sign of new strands.. I am over four thousand pounds out of pocket and nothing to show for the treatment.. I have recently visited a reputable hair specialist who informed me the treatment is not having any effect.. And at this stage I will need a hair transplant to gain the hair I have lost, along with using Minoxadil based lotions for the foreseeable future (&pound;&pound;&pound;) to retain any further hair loss... Which I should have been doing from the start. I have contacted the clinic / consultant, to organise an appointment to confront him.. However for over 2 month's he has dodged my calls / texts.. Made extremely obscured excuses.. Passing on messages to the receptionist's to dodge speaking directly to myself. All happening while still claiming the treatment is working. To summarise.. I have had 3 consultations, when at this point I should have had 6 at least.. I have waited months for shampoos/lotions/serums which never turn up.. I have learned for the laser to take effect it takes 3/4 weekly treatments, which for less than half the price can be done at your own home owning the laser equipment (iCap)... I am still awaiting a consultation date and will update this post along with others as I think its ridiculous this company has taken money, filled me full of promises assuring my confidence / self esteem would be restored.. When in actual fact they had no intention of helping / maintaining my hair. I strongly advise against this company and to research elsewhere.

Leave your review of Foley Court 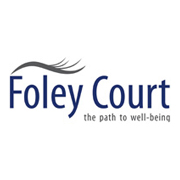