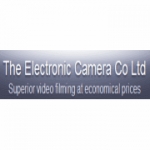 Need a video crew in Central London? Why not use ours? We're already there. Based Wapping we can be in the City or Docklands in ten minutes. Maybe you have plans for something further afield? Get in touch and we'll give you a price. If you want we'll even edit it for you on location. Please use our 'Get Quote' facility.

Incorporated June 1982 (the same year as Channel 4). One of ECC's founders was a regular freelance cameraman at C4's Charlotte Street Studio. The company has always provided high quality video shooting units at economical rates. It was one of the few video facilities in London equipped with Sony Portable 1in C-format instead of U-matic. This attracted prestigious clients wanting genuine broadcast video.

Lighting cameraman John Tarby still enjoys shooting for most of the company's clients who appreciate his conservative approach which favours award winning cinematography and precision engineering over sloppy, grabbed video. His excellent portraiture has been applied to a host of celebrities. John has shot royalty, prime ministers, rock stars, supermodels, world-class sportsmen and CEOs. They all survived to appear on tv or in blue chip corporate videos.

His assistant of many years, Mayyasa Al-Malazi, is a talented video journalist who has travelled the world with her DVcam producing stories for good and noble causes. Purchase of a Media 100 work station has also allowed them to research picture quality for new media applications: CD video encoding, DVD video and webstreaming. 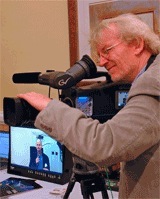 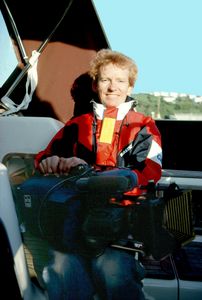 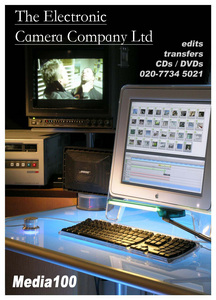